Pork Loin vs. Tenderloin: Decide Which Is Ideal for Your Next BBQ Party 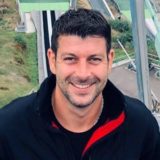 Bruce Williams
Claims that grilling is the art that he has been learning all his life long and is not planning to stop. Has been grilling for as long as he can remember. Author of numerous online and offline grilling masterclasses runs his own BBQ accessories shop.

GrillGuru is reader-supported. We may earn a commission through products purchased using links on this page. Learn more about our process here

Trying to decide what’s for dinner is an agonizing, never-ending decisions. While there are many options to choose from, time and budget are important factors in deciding what to eat. Pork can often be overlooked in favor of chicken or beef, but it is both delicious and cost-effective. However, narrowing down your meal to pork loin vs tenderloin is a whole other discussion. The two cuts of meat certainly sound similar but they are actually different taste and more importantly, different in how you would prepare them. We will do our best to help you understand the difference between pork loin and pork tenderloin so you can ultimately decide what to make for dinner.

To put it simply, pork loin and port tenderloin are very different cuts of meat. While they are both pork products, pork loin is a wide cut that should be either grilled or slow-roasted. In contrast, pork tenderloin is long and narrow and should be cooked on high heat in a faster manner.

Here’s all you need to know about pork loin so you can decide if it’s what you’re looking for.

Pork loin comes from the back of a pick. Because it comes from this area, it can be bone-in, with the rib bones still attached, or cut slightly different and be boneless. Once cut, you will have a large slab of meat, usually rectangular in size.

While you can certainly purchase pre-cut pork loin from the grocery store, one nice feature of this cut of meat is that if you go to a butcher shop, you can ask for a specific side, ranging between 2 and 5 pounds. Therefore, you can purchase enough meat to feed your family or enough for a dinner party.

Pork loin is a tender, lean cut of meat so don’t expect a lot of fat within the meat. However, you can purchase it with a fat cap on it that will render itself down while cooking.

Pork loin doesn’t have to be overly seasoned and instead some basic spices in combination with the fat cap are enough to properly flavor it. As long as it is cooked properly, pork loin should come out juicy and tender.

The beauty of pork loin is that because it is a large cut of meat, it is best slow roasted, either in a crock pot or an oven. It takes time to cook but essentially, you can prep pork loin ahead of time, pop it in the oven, and have a delicious main dish ready when you want it to be.

While some people simply place a pork loin in the oven, it is recommended to sear it first. By using hot heat, you can add a crispiness to the outside while also creating a barrier so that juices remain inside the meat.

The cooking time for pork loin is decided on by its weight. Generally, for every pound the pork loin weighs, you should cook it for 25 minutes at a temperature of 350 degrees Fahrenheit.

While pork should be cooked until it is well-done, you shouldn’t overheat it. You can always use a meat thermometer. The internal temperature of pork loin should be 145 degrees Fahrenheit.

Once fully cooked, be sure to let your pork loin rest for 5 to 10 minutes before cutting into it. This allows all the juices to settle inside the muscle of the meat.

Alternatively, you can also cook pork loin on a grill. The trick is to have the same heat as an oven, around 350 degrees Fahrenheit. Also, because grilling can be a bit more finicky, be sure to use a meat thermometer to ensure the pork loin is cooked fully.

Start by creating a seasoning rub for your pork loin. This should be a mixture of rosemary, garlic, salt, and pepper. Drizzle the pork loin with olive oil and then add the rub to the meat.

Finish by making a simple gravy with the leftover pan juices, some water, and some flour.

While it does come from the same animal, here is what sets pork tenderloin and the food it inspires, apart.

Pork tenderloin is found in the back of pigs, as it is the muscle that runs right next to the backbone. It is a boneless cut of meat and it has a slightly tapered shape to it, depending on how large a cut you get.

The pork tenderloin muscle is a very lean cut of meat and has minimal fat in it. And, unlike pork loin, it does not have a fat cap on it. The result is a very tender taste to it, as long as it is not overcooked.

Similar to beef tenderloin, pork tenderloin has a thin layer of fat that covers it, called silverskin. This substance does not render down during cooking and therefore needs to be removed first. The good news is that it is easy as you simply need to pull it off.

While all pork should be cooked to well done, be careful not to overcook pork tenderloin as it can become tough.

Pork tenderloin is one of those cuts of meat that will happily soak up any added flavors. Therefore, marinading it for 12 to 24 hours is a great way to both enhance its flavors and increase its moisture content so that it doesn’t dry out in the cooking process.

For a marinade, combine olive oil, soy sauce, salt, pepper, garlic, and mustard powder. Mix well and then place the tenderloin in the marinade, preferably in an airtight container.

Leave the tenderloin in the marinade overnight, in the refrigerator. One hour before cooking, take the meat out to bring up the temperature.

Cook at 350 degrees Fahrenheit for 45 minutes to 1 hour, depending on its size.

When looking at pork loin vs port tenderloin, there are many similarities. First, they are cuts of pork so they will have a similar, pork taste to them. Furthermore, they are both lean meats that do not have a lot of fat marbling.

As long as both cuts of pork are cooked right, and not too overdone, they should come out tender, juicy, and full of flavor.

The slight difference can be attributed to the fat cap in the pork loin as this will melt down and infuse into the meat while being roasted.

Furthermore, this comparison is purely about the meat. Some marinades include a lot of oil, so that can factor into the calorie count.

Overall, while you will get a similar pork taste with the loin and the tenderloin, there are some flavor differences. Pork tenderloin is the more tender of the two cuts and this texture will affect the taste.

However, both cuts do well with marinades and seasoning, so this will greatly determine the overall taste. You can spice things up with pork, create a savory taste, or even a smoky one. Pork is a versatile meat and its seasoning options reflect this.

The good news is that many grocery stores will often offer sales on both cuts, so as long as you look out for a deal, you won’t have to pay too much on either cut.

Where it’s best to buy

While there are plenty of grocery stores that have decent cuts of meat, your local butcher is always the best place to buy meat. Both pork loin and pork tenderloin can come in different sizes. If you want to control how large they are, then a butcher can but the meat accordingly.

There are many cuts of meat that confuse people, such as the difference between rib eye and prime rib. Pork loin and pork tenderloin can also be confusing, mainly because they come from the same animal and have such similar names. Both pork loin and pork tenderloin are delicious cuts of meat. While pork loin is larger and needs more time to cook and tenderloin is smaller and cooks faster, they are both excellent options for dinner. As long as you season your cuts of meat and cook them in the best ways possible, then you will be in for a delicious treat. When it comes to deciding between pork loin vs tenderloin, why not skip the agony and try one this week and the other next week.

pinterest
The team that worked on this article
Bruce
(Expert Consultant)
Angela
(Photographer)
Betty
(Content Manager)
Ronald
(Web Producer)
Marianne
(Editor)
James
(Research Writer)
Related Articles
Porterhouse vs. T Bone: What’s the Difference and Which to Choose?
How to Tell When Ribs Are Done: 8 Easy Tests That Don’t Lie
New York Strip vs. Ribeye: How Are They Different?
Sirloin vs. Ribeye: Differences and Similarities
Prime Rib vs. Ribeye: What’s the Difference?
Smoked Beef Short Ribs: How to Make Them Juicy and Tender
Leave a Reply Cancel reply
Experts Advise
1
porterhouse vs t bone
2
how to tell when ribs are done
3
new york strip vs ribeye
4
sirloin vs ribeye
5
prime rib vs ribeye
Navigation